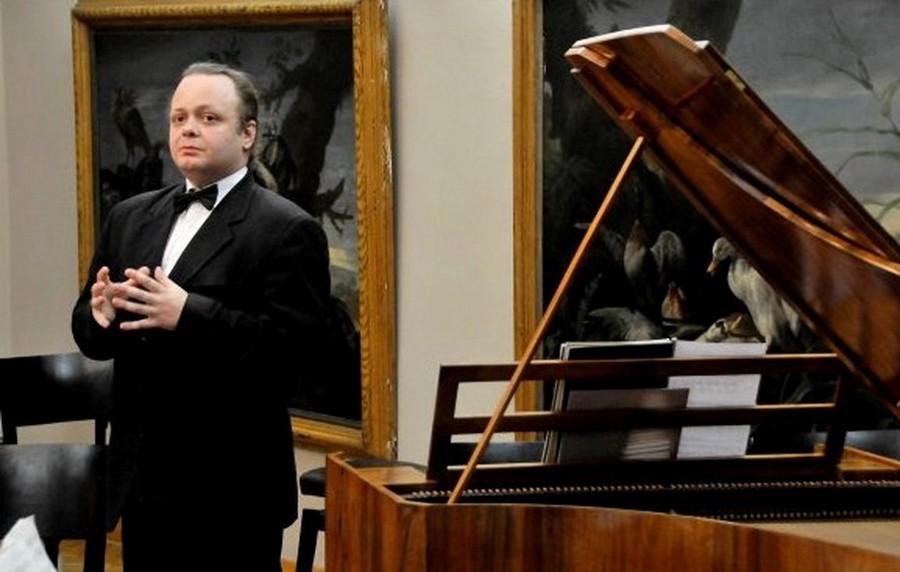 The Croatian harpsichordist and organist Krešimir Has completed his musical training at the Zagreb Academy of Music (organ and harpsichord) and the Musikhochschule in Lübeck (organ). Since then he has committed himself exclusively to harpsichord and organ playing, his marked specialty being the interpretation of High Renaissance and Baroque masters. He is a regular soloist in concerts, at home as well as abroad and has a special interest in rarely performed music. He plays chamber music in a number of small ensembles and was harpsichordist in the Croatian Baroque Ensemble, Musica da camera and Erato. He has worked with world-renowned artists such as Richard Egarr, Laurence Cummings, Catherine Mackintosh, Hervé Niquet, Mimi Mitchell, Andrea Marcon, Martin Haselböck amongst others.
Krešimir Has has won numerous awards for his performances, including third prize at the international organ competition Andrea Antico da Montona in 2004, where the jury was presided over by one of the world’s musical greats – the late Gustav Leonhardt, Dutch harpsichordist, organist, conductor and pioneer of the early music movement. In collaboration with Josip degl’ Ivellio, Krešimir Has has recorded CDs and DVDs, mainly focusing on performances of works by Croatian composers as well as liturgical repertoires. As a co-founder of the Small harpsichord festival and Camerata Garestin ensamble, Krešimir Has continues to contribute to the wider promotion of harpshichord and organ playing in Croatia. He is organist at several churches in Zagreb. In 2007 the Croatian Ministry of Culture and the Croatian Association of Freelance Artists awarded him the status of Independent Artist, and in 2010 he was given the title of Assistant Professor of organ playing. He is Vice-President and co-founder of the Croatian Association of Harpsichordists Continuo.